Korban Kabar presented about Ndemo and Ribut fighting against one another to get a spouse. When Ribut and Ndemo had a nice comedy chit-chat, a typical ludrukan, a girl named Sely selling a traditional food approached them. With her funny and coquettish character, Sely offered them many kinds of traditional foods such as a huge Klepon about the size of a volleyball. With a hilarious satire, Sely pointed out an issue had become trending on social media some time ago. Klepon is considered as a food that Muslims shouldn’t eat. Several traditional foods offered by Sely were intended to promote traditional food which had begun to leavessho behind by the young generation who prefer instant foods.

Ndemo and Ribut lost their guts when they figured out if Sely’s dad is a bold Madurese. The strong Sely’s dad character was amusing since the actor presented it with a typical Ludrukan comedy style. Since there are two men proposing to his daughter, Sely’s dad conducted Ujung match, and whoever won the match would marry his daughter. The hilarious burst out when Ndemo is given a cane as his weapon, meanwhile Ribut is armed with a single piece of a thin stick. Of course, the battle among them is incommensurable. However, the audience laughed so hard. According to Ndemo, as the director as well as the head of the Dagelan group, The Ujung match is presented in a comedy way in order to raise the image of art which is, unfortunately, had left behind by the public.

Ndemo stated if Ujung match is a peculiarly martial art from Tengger intended for a traditional ceremony to bring out the rain. At the end of the story, Ndemo and Ribut knew if they are being fooled by Sely and her dad. The story ended with the dialogue between Ndemo and Ribut “You and I are being fooled with hoax news.” The moral value is that if we receive news, do not easily be convinced, we need to cross-check the truth before we share the news. The performing actors of Dageline were: Ndemo, Ribut Sely, Sulis (The crazy man), and Gepeng (Sely’s dad). (Augita) 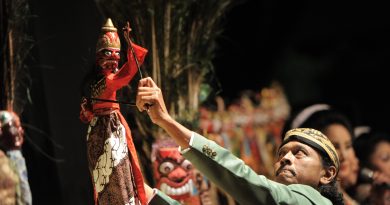 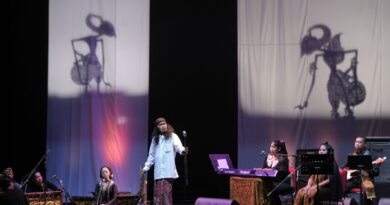 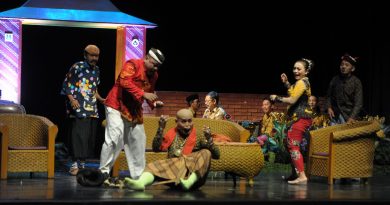 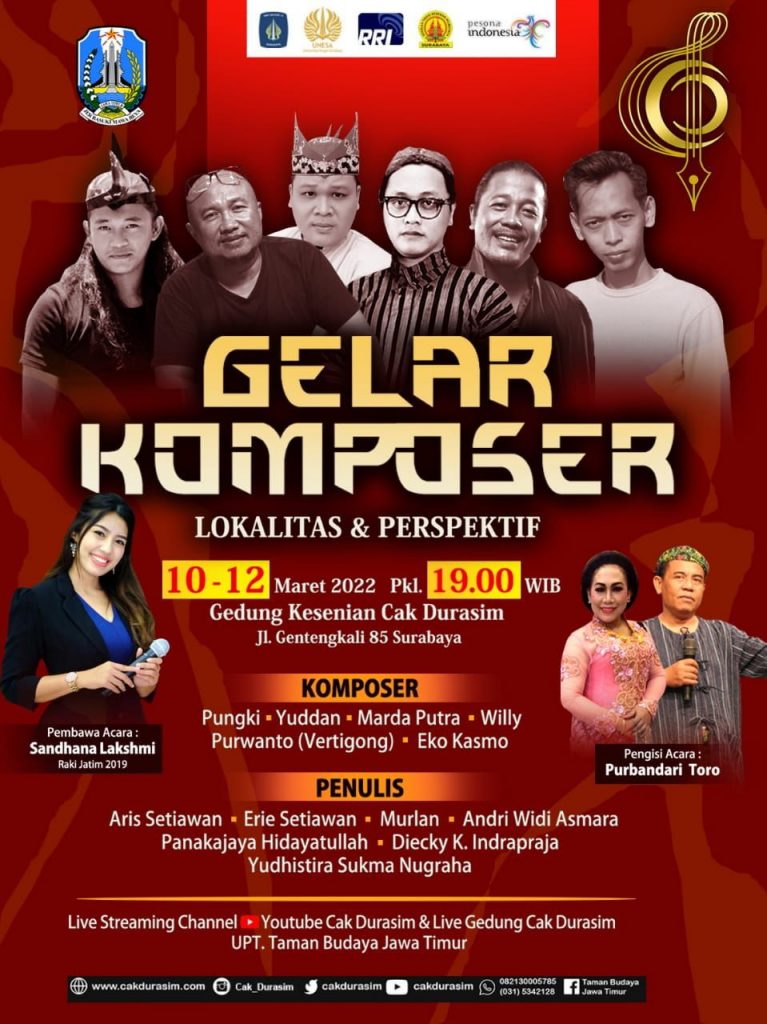